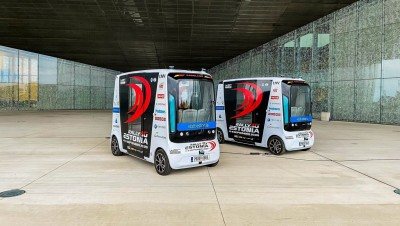 This week, Estonia joins the list of 33 countries honoured with the chance to host a WRC stage. Rally Estonia finds place on September 4th to 6th and not only brings in action the beloved rally cars and world’s best drivers, but also features self-driving vehicles.

The preparations for Estonia’s WRC debut are in full swing and the organizers are paying a great deal of attention to the mass gathering recommendations regarding COVID-19 in order to make the first WRC stage during these unprecedented times safe and special for all the rally fans around the world.

“Organizing such a big event in such a small country with such a tight schedule is definitely a challenge and an opportunity at the same time. Being trusted with this amazing task, we devote ourselves to showing both the whole Estonia and FIA that Estonia is capable of fulfilling such an exceptional duty,” says Urmo Aava, the Director of Rally Estonia.

Even though Rally Estonia had only 63 days to organize the whole event they decided to not only tribute the art of rally but also showcase a little something that Estonia has to offer to the world. “This is an opportunity to deliver the stream of the astonishing rally from our tiny country to more than 100 million people all over the world and we wish to add more to the experience,” Aava adds.

Estonia is known for its diversified landscape both in nature and in the tech-world. As the live stream takes the viewers on a journey through the rally stages that feature picturesque gravel roads in the middle of the domed landscape, it also sheds a light on the smart solutions developed in Estonia. The service area located in the Estonian National Museum features a center for the media that will be serviced by an all-electric autonomous shuttle developed and manufactured by Auve in Estonia.

Auve’s self-driving shuttles started out from a cooperation project with TalTech university and have now evolved into road legal vehicles that currently operate in Estonia and Finland. The shuttle is aimed at covering the last-mile distances by seamlessly completing the public transportation chain without any additional modifications to the existing infrastructure.

During the rally, Iseauto will be serving the last mile for the media and attend the exhibition in Estonian National Museum that features the Estonian automotive history.  “Motorsport has always been a driver of innovation in the automotive industry and therefore it is an honour for us to be a part of this WRC stage. The beauty of this sport lies in the collaboration between the smartest innovators and the greatest drivers and while Iseauto does not compete with the world’s best drivers on the challenging rally stages, it does complete the exhibition with a glimpse into the future and demonstrates its solutions for enhancing daily commutes” said Auve Tech CEO Johannes Mossov.

The WRC Estonian rally takes place in Southern Estonia from 4th to 6th September. Rally Estonia team reminds visitors to follow simple rules to assure that everybody will stay safe.

Move with your group

Stay with your group