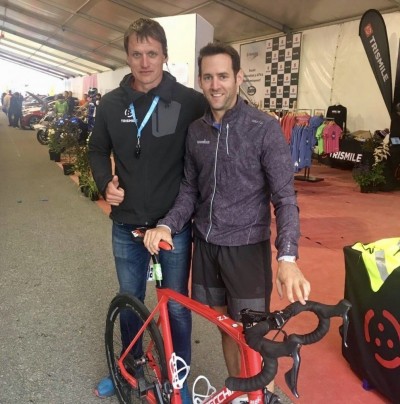 On Saturday evening M-Sport team principle Richard Millener took part of Tartu Mill triathlon. As Millener has done triathlon before and the organizers were aware of it they challenged him to start at the Everyman’s Triathlon. It started in the evening so it was possible for him to do it.

“At the pre event organizers dinner we were discussing my fast approaching Ironman triathlon I am competing in this year, the organizers quickly mentioned that there was a triathlon on Saturday night which finished on the event podium! It seemed like a crazy idea but within one day I had enough kit to see me competing! It was great fun and something I had never done on a rally before!! It was a perfect way to end a days rallying by training and competing in the beautiful countryside of Otepää. I would just like to thank all the organizers and Sportland and Ain-Alar Juhansson who supplied me all the kit”