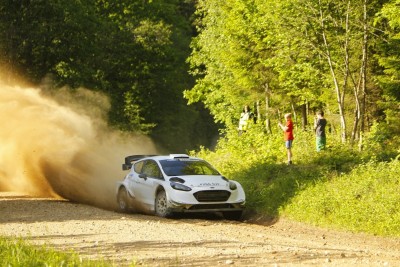 “Our goal was to have 4 WRC Manufacturers teams at Shell Helix Rally Estonia. The addition of Markko Märtin and Kristo Kraag with Ford Fiesta WRC is in my opinion on the same level of importance. In 2010 they became the first winners of Rally Estonia and we are honored to have them here again. Markko has an important role in the development of Estonian rally. Rally Estonia is part of it and I’m looking forward to his feedback about the stages and organization of our event.”

Rally passes are available on Shell Helix Rally Estonia official website rallyestonia.com until the end of June with a special price of 29 euros. From July the price of the rally pass will be 34 euros.