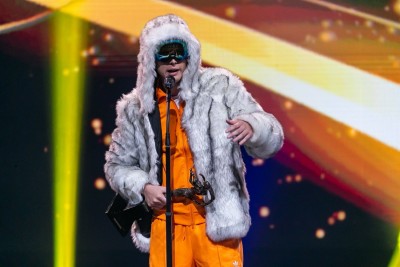 The opening ceremony of Shell Helix Rally Estonia is part of a grand entertainment program held on July 12 at Tartu Town Hall square. The evening’s finale is a free concert where top artists from Estonia and Latvia are performing. The rally weekend in Tartu is full of action as the city hosts also Tartu Mill triathlon and 15thEstonian Summer Games. The opening ceremonies of both events take also place on the podium on Friday which means that all the action starts at 18:00. Right next to the podium is LHV autolaen AUTOEXPO which opens on July 12 from 15:00 so the podium will be busy already on afternoon.

The evening tops with the concert which is organized in cooperation between Tartu city, Estonian Summer Games, Tartu Mill triathlon and Shell Helix Rally Estonia.

The opening ceremony of Official WRC Promotional event Shell Helix Rally Estonia is warmed up by Cityflash feat. Laura-Ly at 19:50. After that the TOP drivers will choose their starting positions. Next on the podium are WRC drivers who answer questions in WRC press conference style as it will be hosted by Becs Williams from WRC. After that the stage is ready for the speeches and official opening of Shell Helix Rally Estonia 2019.

The popular Estonian radio station MyHits sends then their best wishes to competitors and fans with their opening act starred by famous Estonian artists WATEVA, Elina Born and Emily J.

After the cars have driven over the podium it is time for the highlight of the evening. The official concert of Shell Helix Rally Estonia starts at 22:45 and is packed with stars from Estonia and Latvia. Those two Estonian artists are familiar to almost everyone. Anne Veski has enjoyed her popularity for decades and she is still one of the big names in Estonia. No matter if you are young or not so young any more, everyone can sing along to her songs. Nublu is an Estonian hip-hop artist who flew like a rocket to the Estonian music scene last summer. He broke all the possible records and his concerts are always sold out. And yes, what’s most important, he did put Ott Tänak into the lyrics of one of his hits.

Latvia is represented at the concert by Musiqq. Those two guys, Marats Ogļezņevs and Emīls Balceris, started this project in 2009 and it has been a real rollercoaster. They have always been at top positions in different charts and they have won several awards in Latvia. Their style is pop and R&B and the last big concert held in Riga Arena was sold out.