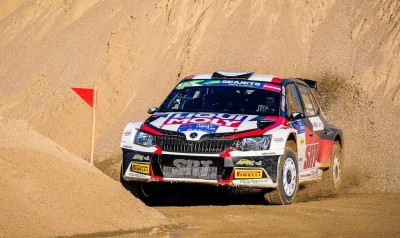 Russian drivers Nikolay Gryazin and Yaroslav Feodorov who are competing in WRC 2 have announced that they will participate in Shell Helix Rally Estonia, held 12.-14. of July. The fastest Russians in WRC this year competed before that in European Rally Championship and last year they won the championship in  ERC Junior U28 class and were second overall. For this year have they prepared their first WRC campaign and they are at the moment fourth in WRC 2 category. Their best result came from Rally Corsica where they fight until the finish line for the category victory. Final result was second in WRC 2.

Gryazin and Feodorov have competed one time in Rally Estonia, it was in 2016 with R2 car. The reason they have Shell Helix Rally Estonia in their calender is same as many WRC factory drivers. Similar to Esapekka Lappi-Janne Ferm (Citroen C3 WRC) and Andreas Mikkelsen-Anders Jaeger-Amland (Hyundai i20 Coupe WRC) would they take this as a preparation for Rally Finland.

"We planned to participate in Rally Estonia from the very beginning: this is a classic training rally before the Finnish WRC round, regularly used by the World Championship drivers for practicing, and it would be wrong to miss it,” says Gryazin in his webpage.