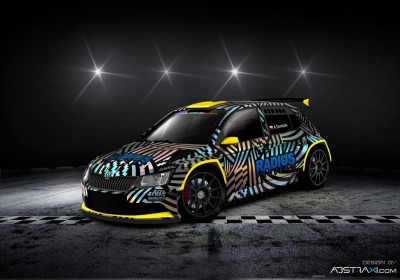 Domzala, who has started autosport with rallies chose to participate also in cross-country rallies. In 2016 he became World Cup winner in T3 class and in 2017 he achieved third place driving Toyota Hilux in T1 class which is the highest class in the series. He has also been competing in WRC series as in 2014 was he seventh in JWRC category. Starting in Shell Helix Rally Estonia is for him a good challenge between cross-country rallies.

„I’m very happy to come back to Estonia, as here are my favorite stages, especially I can’t wait to drive Arula stage again. Start in a new car brings even more exitment as this will be my debut in an R5 car. After a longer break and and a lot of driven kilometers in the deserts around the world its nice to challenge those roads again, especially with my friend and co-driver Szymon Gospodarczyk,“ said Domzala.

Toni Gardemeister, TGS Worldwide: „For us it’s very exciting to work with Aron who has done recently mostly cross-country events. I’m sure he will show good pace with our Skoda Fabia R5 and be very competitive. Rally Estonia is a competition with high value, it has professional organisation and great stages.“

Shell Helix Rally Estonia director Urmo Aava admits that having drivers from Poland in the entry list is important in many ways. „Polish market is very important for us and for our sponsors. I’m sure that many spectators from Poland will come to cheer their drivers and also to see three WRC teams fighting for the win here. The roads are familiar for Aron as he has competed and tested here before and and I can’t wait to see him driving R5 car for the first time. Recently he achieved 4th place in Lithuania and this will put him vey high in competition,“ said Aava.